My new Swimmers gallery is ready! There are many interesting portraits !

It´s on my new website!! I left this blog at wordpress.com long ago, please visit the new one clicking here: 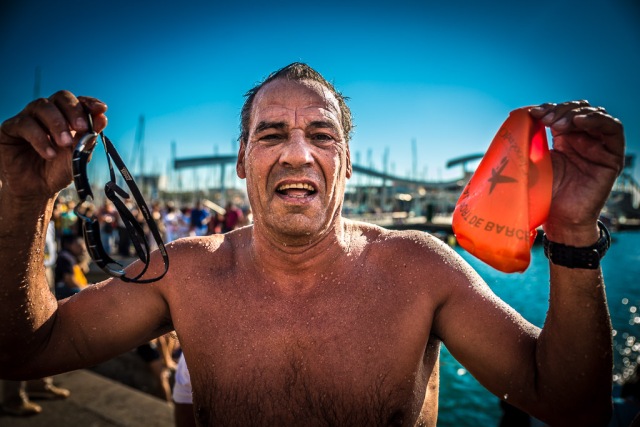 Now my portfolio and my blog of wordpress are in one place. So all my new posts (and all the old ones) will be located there!

Message to my followers !

THIS IS A NOTE TO ALL MY FOLLOWERS:

Now my portfolio and my blog of wordpress are in one place. So from now all my new posts (and all the old ones) will be located there!

I´ve started a new website with my portfolio and my blog of wordpress integrated. So from now all my new posts (and all the old ones) will be located at:

I´m still working on it, but you can visit it now if you want !

I still don´t now how to redirect visits and specially how to mantain followers, subscriptions and so on, but i´ll keep searching the way!

One of the main tourist atractions in Iceland is the famous geothermal spa complex called the Blue Lagoon. The water comes from a close geothermal plant at a temperature of 37-39°C / 98-102°F but originates 2000 meter/6562 ft beneath the ground where it is heated by earth’s natural forces. At that depth the temperature is 240°C/464°F. The composition of minerals in the water is very distinctive and has a high level of silica.

It´s very relaxing to hace a bath there, and in a foggy day is an amazing and magical experience!

Pictures taken in the amazing Snæfellsnes peninsula. Besides of it´s beautiful landscape, we could see a signal of the trips of Guðríður Þorbjarnardóttir, a woman who was born in Iceland in 980 bc and who travelled to Greenland, had a children in Vinland (Canada) and also visited Rome! Jules Verne located the entrance to the centre of the world here too in “Voyage au centre de la Terre” !!
The last picture is from the village of Borgarnes, on the way south to Reykjavík.

Stykkishólmur is a very nice village of about 1100 inhabitats in the Snæfellsnes peninsula with a natural harbour, a big basalt formation, and many colorfull houses

Pictures taken on the 50 Km wide bay of Breiðafjörður while on the ferry from Brjanslaekur to Stykkisholmur stopping in Flatey island.

Built in 1912 in Norway, the Garðar BA 64 is the oldest steel ship in Iceland and remains beached in the Patreksfjörður fjord since 1981. It was used for fishing in the Icelandic waters and its rusting hulk still sits there today.

Driving through the west fjords of Iceland is a magical experience: deep fjords, rocky beaches with hundreds of tree trunks arrived from the ocean, a farm where they sold home made jam, small villages and almost nobody!

Another big surprise while touring the North of Iceland was the farm Glaumbær in Skagafjörður, a complex of buildings made with turf. Here is what they explain in their website:

The first known inhabitants of Glaumbær lived there in the 11th century. Some of them, Gudridur and Thorfinnur explored Vinland (North America), They spent the winter there, and planned to settle permanently. Their son, Snorri, was born in the New World.

The buildings of the farm we can visit now date from slightly different periods in the 18th- & 19th-centuries. This style of the turf construction was universal in rural areas of Iceland until about 1900, when it was gradually replaced mainly by reinforced concrete, which is typical in most contemporary Icelandic construction today. Extensive turf construction evolved in Iceland owing to the acute shortage of large trees (just the ones that arrived to the island by the sea streams).

The old Icelandic farm was a complex of small separate buildings. The most frequently used were united by a central passageway, while tool & storerooms could only be reached from the outside.

Following the north coast from Akureyri to the west …

Pictures taken in in the beautiful city of Akureyri located in the north. Although it has only 17.000 inhabitants is the second largest city of Iceland!

Niceland: (25) The Waterfall of the Gods

Goðafoss is a wide 12m tall waterfall on the Skjálfandafljót River and, for me, one of the most beautiful and impressive waterfalls in Iceland 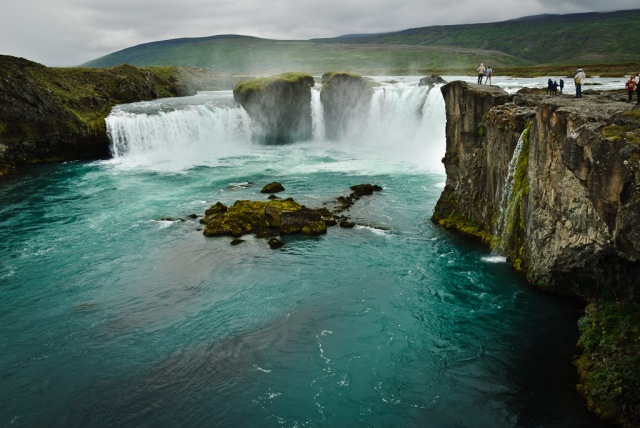 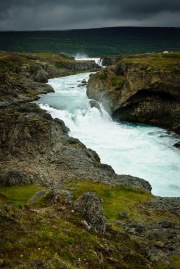 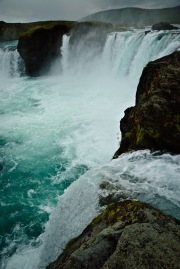 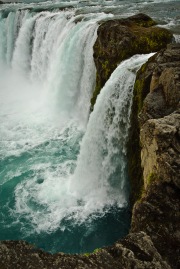 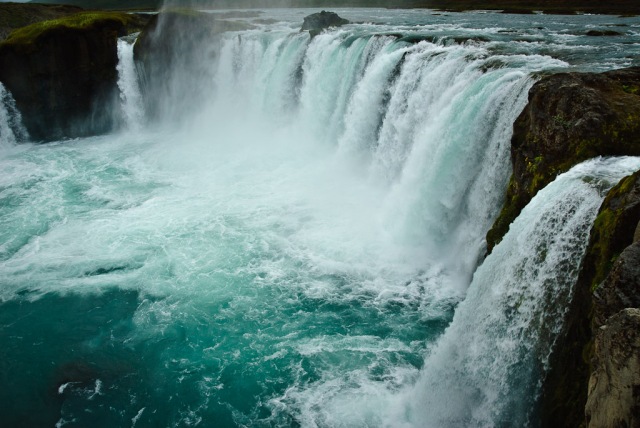 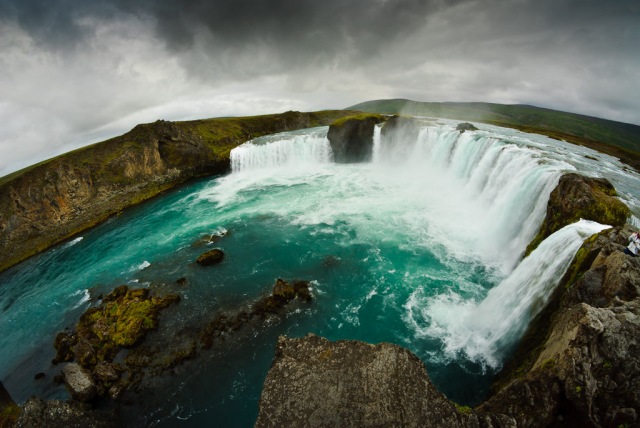 The area of the Myvatn lake is a very interesting place due to its volcanic activity. It´s surrounded by lava formations, craters, pseudocraters, hot springs and fumaroles. As you can see the amazing landscape is like from another world !!